PRESSURE CAN MAKE YOU MARRY THE WRONG PERSON 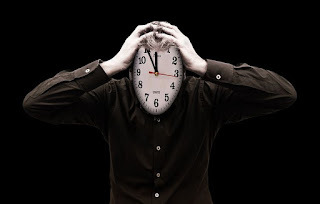 Pressure, can be described in different forms but in this context, it is seen as botheration, fuss, worriment, aggravation, annoyance, pest, perplexity, difficulty, drag, molestation, exasperation. 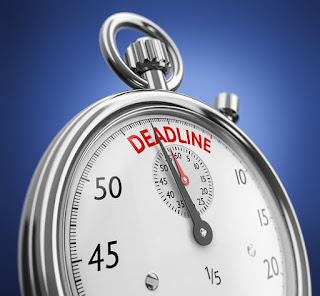 To be pressurized is to be frustrated, to be aggravated, in a lame man's language it's to be disturbed against your own will.


The direct opposite of it is to be at peace.


This kind of pressure has led many people to be self destruct and it has made them make wrong and odd choices because they were cajoled or forced to do them. 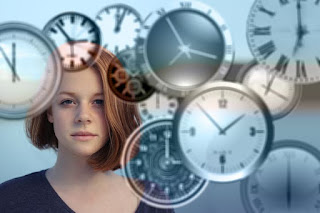 When "Marriage", comes to mind, patience is the right word for it but the urge to get into it before preparing for it will always have calamity as the end game.


In this article, I'll be describing the different form of pressure that makes people marry wrongly.

4 vices of pressure that makes people marry the wrong person


This has always been the main reason why people make the wrong choices either about their marital life, education, occupation.


What have you?,some parents have a way of poisoning the minds of their children against their will because of their own selfish reasons. Especially extended family members, they too believe they have "a say" concerning the lives of every member of the family, thereby flaunting themselves as a proper example to make you feel victimized and pressurized to get married so you can attend family meetings and flaunt your children too. 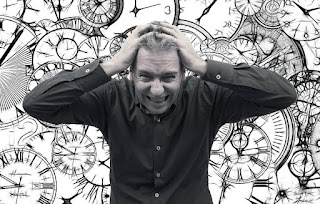 That is a very wrong reason to get married.


Some parents will say "I want to carry my grandchildren, what are you waiting for? Can't you just get a man and hook him up?".


This sort of pressure can be humiliating, when you have a social gathering with friends and all they talk about is marriage related issues and you feel unqualified to contribute because you are not married so you have no experience, you will definitely feel left out and choose without thinking because you also want to trend amongst your friends and have something to say in their midst.

Do not be around this kind of friends that are selfish enough to just talk about themselves and forget you are there too and somehow make mockery of you because they know you have nothing to say about the conversation so they go on and on and make you feel invincible.


The true fact is they might not even be happy in their marriage probably because they fell for the same victimization or for another reason entirely. 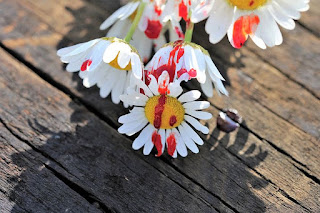 Peer pressure affects both gender. No gender is pacified.


Once you have friends that are married and you are still single, you will always feel like a stranger around them.


This is another important factor that creates pressure. 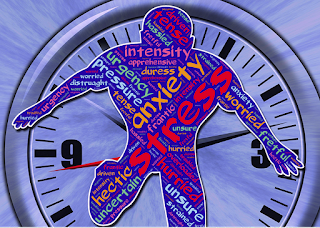 Time is ticking and you are clocking 30 or 45 with no man or woman to call your own. 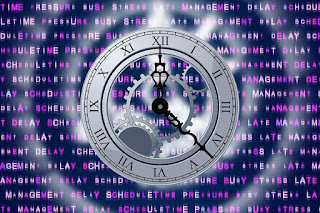 It is more annoying for a woman because her "biological clock" is ticking, she is eager to have children.


All her younger ones are married already and this makes her feel conspicuous.

As people get older they can become more frantic and desperate about marriage and are prone to making bad decisions.

Age can lead to family pressure, everyone at home is saying you are getting older, your parents wants a grandchild from you, your siblings no longer have respect for you because they got married before you and have a child or two to show for it but you are just getting older without a spouse or child.


They will always use that avenue to frustrate and insult you.


They just want you to come around, flaunt your wedding band and act like a wife.


Do not let this part take the greatest part of you and make you unhappy for the rest of your life.


I used to feel lonely and alone, i would go out with friends but that did not remove the spirit of loneliness from me until I prayed about it and engaged myself more into things I was passionate about, that was when I started to live. 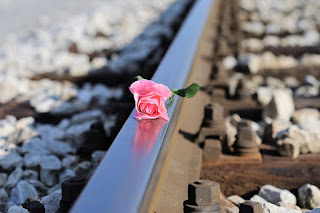 I no longer needed anyone to make me happy. 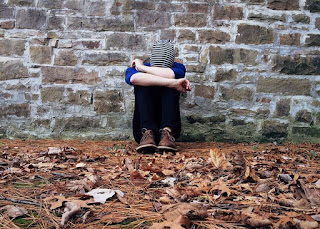 For example you are in a relationship but your partner is violent, he beats you everytime for no cogent reason and everytime you try to leave, you cannot because loneliness will sweep you into his arms and you will feel so alone that all you want to do is go back to the guy not because you love him but because you are lonely and you just want someone around you. 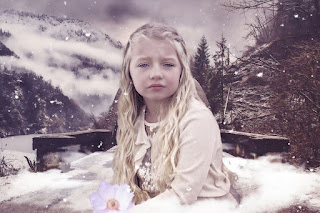 Insecurities, emotional, mental, sexual torture can also cause loneliness which will also pressurize you into making bad choices because you feel no one wants you, why not just be with someone than be alone forever. 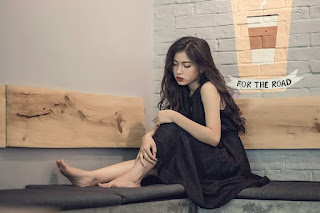 What you do not know is that no one is meant to be alone. 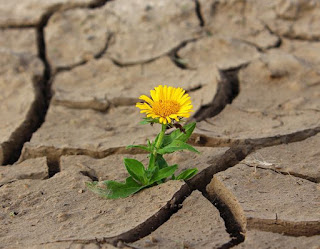 No matter the scar you have or what you have gone through, as you read this article I want you to know that you are not alone and God will never leave you alone.

It could also be pressure from false dreams, prophesies and visions, the list goes on and on.


Jeremiah(29:11) says "just be patient and be faithful, for he has made everything beautiful in his time"


Eccles(3:11) says " your time will come too and it will be glorious, with no regrets".


I want you to look at yourself and see yourself beyond what you can imagine and promise yourself not to settle for less.


Whatever kind of pressure you are being pressurized about and you have a bad vibe about it, "do NOT do it" so you will not have to pay for that decision for the rest of your life. 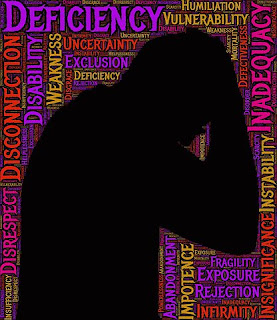 Whatever is pressuring you, whoever is, has lived his/her life or is still living their lives.


They will only gain from you, you are the only one that will feel the loss. 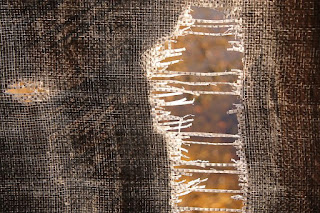 They cannot pay for your decisions, they can only force you to do them, if you get killed as a result of your bad choice, they will not die for you, only you will be responsible for it.


Do not let anyone or anything pressurize you. 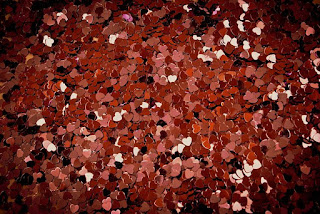 You are a chosen generation.

Popular posts from this blog

HOW TO DEAL WITH YOUR FINANCES WITH YOUR PARTNER BEFORE MARRIAGE

June 11, 2019
Getting married is a very important event in everyone's life. Well, maybe not everyone; but almost everyone has had a dream of life beyond singleness.
For many of these people, men especially, it becomes quite complicated when they sit to think about their finances and how their relationship would be affected, after finally walking down the isle with the love of their lives.
If you have found yourself in this kind of troubling psychological situation, fret not; there's a whole world of other people out there that you currently have an edge over, just by reading this article.


Have this in mind, not planning for how money is going to be spent or saved will leave you bankrupt and poor.
How to avoid money issues with your partner before marriage is very essential, if you're not thinking about this then you're not ready for marriage.
I personally know how it worked for my parents. These simple plan of money management has helped thousand of couples to avoid financial wa…
16 comments
Read more

June 11, 2019
Sometimes we look and wonder if you we can get people to do things by just staring at them, by snapping our fingers, blinking our eye lids. If you have seen the Avenger's Infinity War, Thanos should come to mind. However, we won't be discussing super villains going on a power rampage today.
Rather, we will be focusing on how you could effectively carry out the art of seduction. Practice makes perfect, they say.


Manipulations work, strategies work too; but to achieve an effective relationship with friends, business partners, family, you have to be a master of this craft.
Without wasting time on the formalities, why not join me as I walk you through the seven powerful rules to follow in the art of seduction.
7 Important Rules to Follow In The Art of Seduction
1. Find the right person:-
Opt in for lonely, melancholy, anti socials, introverts, people that don't have much on their schedule. This is the first rule. Lonely people are the victims in this stage they are often vu…
12 comments
Read more

YOU ARE A MAN, ACCEPT YOUR RESPONSIBILITIES

July 26, 2019
Having so much experiences about men,
starting from my father, shows that not all Men are emotionally mature, calling them a "Man", is just a title.


Because some men do not know how to own up to their responsibilities.

While some are basic misogynists, they are always trying to prove a point about the female gender.


Forgetting that the person that gave birth to them, nursed them and raised them is their mother, a "woman".

You are fully aware of your actions, you walk up to a lady on the pretence that you love her because of your freaky fantasies, have your way with her and get her pregnant.


You now put all the blame on the lady, some will even deny the pregnancy.


While some will accept it but make sure they frustrate the living light out of that woman, turning her into an empty basket with big holes.

My question is why couldn't you use protection, when you had the chance?, why put a woman in the family way, when you are not emotionally mature to handle life?.

My name is Temitope kolawole. I love to help people grow.

Temmybells
Lagos, Lagos, Nigeria
My name is Temitope Kolawole, I love to make people grow and I love teaching people about the basis of relationships and how to live your best life with the love of your life. My articles are based on LOVE, Relationships,Marriage. Especially for people that are still new to relationships and are ignorant to the things needed to spice it up. Basically, i love seeing people happy. God gave me this wisdom coupled with enough experience. Just check it out and digest well with a mind to grow in your current or next relationship. Trust me, you will be amazed.